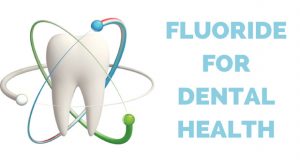 As seen recently posted by the Australian Dental Association the National Health and Research Council has released new findings of a study conducted by a research group engaged from the University of Sydney. This research has reinforced the positive impact of fluoridated water supplies, and the resulting decline in decay for children’s permanent and baby teeth.

The results are in!

Hailed as one of the great public health achievements of the 20th century, water fluoridation has been responsible for a dramatic reduction in dental decay among the general population since its initial introduction into US water supplies in 1945, and in Australia at Beaconsfield, Tasmania in 1953.

But despite the clear oral health benefits, ‘antifluoride’ groups serving as a noisy minority have been successful in having fluoride removed from water supplies in some areas of Queensland and are also targeting Western Australia, spruiking unfounded claims that fluoride causes a range of health issues and lowers IQ. These groups have targeted local councils after the State Government handed over the responsibility to them for what is clearly a national issue, an error of judgement that the Australian Dental Association has repeatedly criticised.

The National Health and Medical Research Council has now released the findings of a study conducted by a research group engaged from the University of Sydney, which yet again reinforces the positive impact of fluoridated water supplies, and the resulting decline in decay for children’s permanent and baby teeth. Further, it comprehensively debunks the myths surrounding links between fluoride and health issues or lower IQ.

The full findings of the report and a consultation on a draft information paper related to the findings can be found on the NHRMC website.

Dr Rick Olive, President of the Australian Dental Association has said, “It’s unacceptable that local councils are giving in to the pressure of a small number of fanatics and are completely ignoring evidence and the recommendations from organisations like the ADA, the World Health Organisation, and the AMA on this vitally important issue”.

The Australian Dental Association recommends fluoride be added to water supplies across the nation without exception as a critically-important step in protecting the oral health of all Australians.